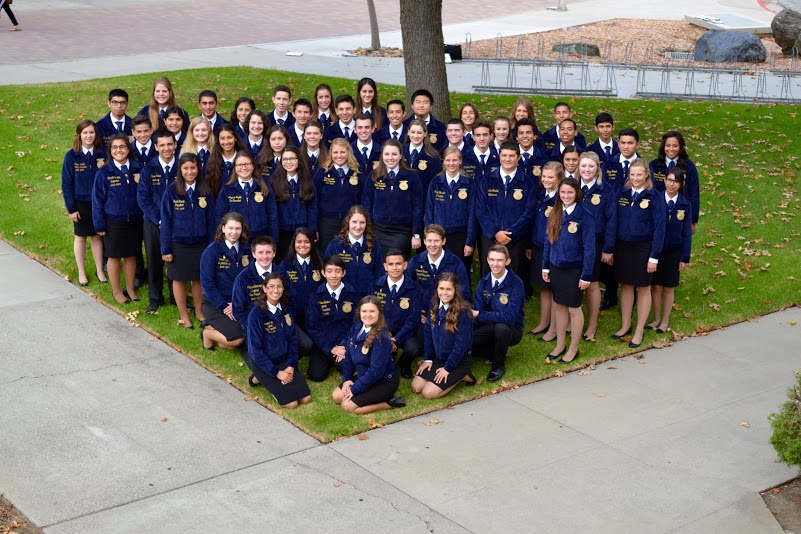 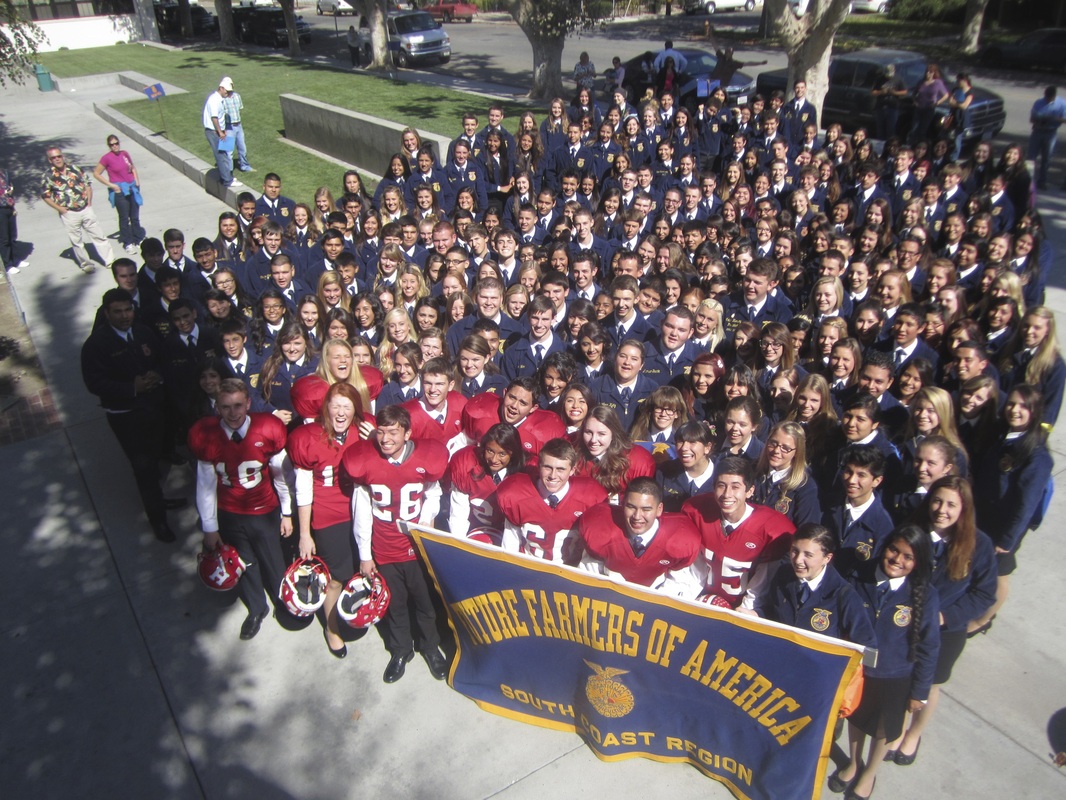 2012 CHAPTER OFFICER LEADERSHIP CONFERENCE
In the rolling hills of Hollister, 300 SCR Chapter Leaders found themselves at the Chapter Officer Leadership Conference in October. members witnessed the South Coast Regional leaders preforming their theme revealing skit “Life is a Production.. Direct It!” members participated in leadership and officer workshops as well as a lip sync and dance. the regional leaders aligned their theme with their patriotic observance as they highlighted performers in the entertainment industry who were active country country men and women. the chapter leaders enjoyed their time in Hollister as they grew as individuals and took back valuable skills to their their schools. 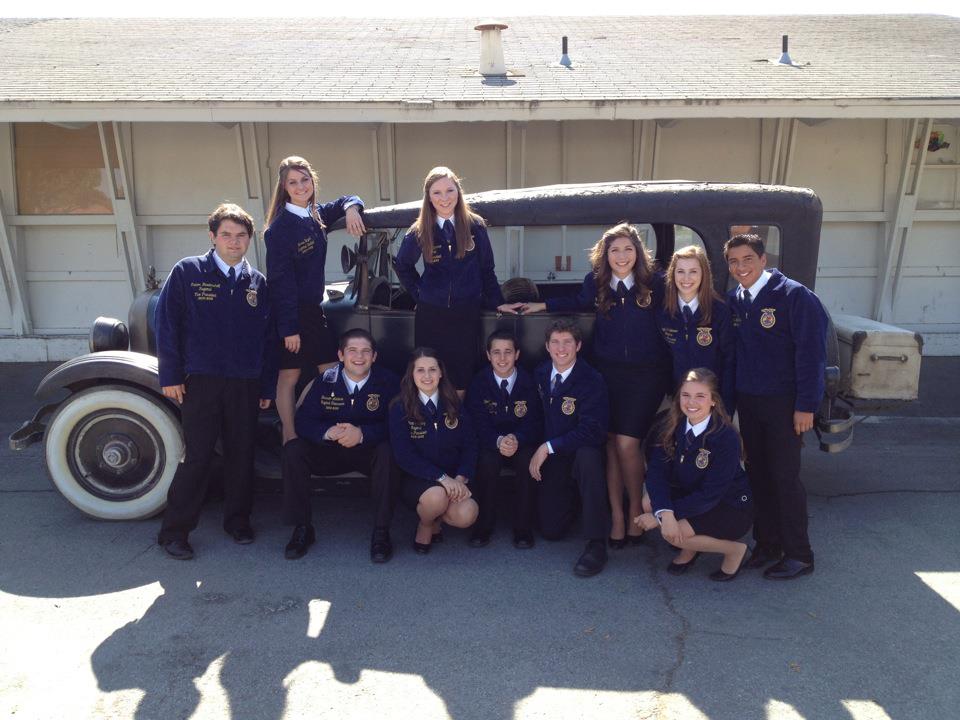 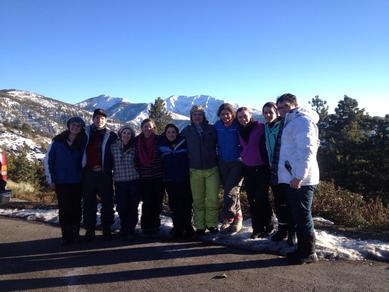 The South Coast Regional Leaders packed their snow boots
and puffy jackets as they headed down to Wrightwood for their Winter Retreat. The crew exchanged laughs as they played in the snow for 4 days on a memorable team adventure. Many hills were climbed and many sleds were broken as the daring gang sledded down the steepest knolls they could find. The friends exchanged gifts in celebration of the holiday season and reminisced on the past success of SOLC and COLC.

On July 6, 2010, The South Coast Regional Officers, along with Mr. Beard and Ms. Thompson, embarked on a four day adventure that will forever be remembered. A little after noon they all arrived at Bass Lake to attend the 2010 Regional Officer Leadership Conference (ROLC). The conference began with a Patriotic Observance provided by the State Officers. Regional Officers laid their heads on pillows after a day that was filled with meeting new people, great laughs, and fulfilled expectations. As the days came, the conference became a place of growth as well as a place where many memories will be forever remembered by all in attendance. Whether it was through the workshops held, Patriotic Observances, Ag. Issues Presentations, Regional Theme Skits, Team Time, Pump-Up Videos, or Reflections with the State Officers, the South Coast Regional Officers learned so much about themselves, their teammates, and their new friends.

South Coast received many laughs from their Theme Skit which will be preformed again at the 2010 South Coast Region Chapter Officer Leadership Conference. Many said that the laughter brought tears to their eyes. South Coast also performed an Agriculture Issues Presentation on Animal Rights vs. Animals Welfare.

By the end of the conference on July 9th, the South Coast Regional Officer Team become even closer as a family and looks forward to providing SCR members with exciting conferences, events, and many memories that will continue to be made.

On September 11th all the Sectional Officers of the South Coast Region gathered in Atascadero, California for the 2010 Sectional Officer Leadership Conference where they became super leaders. Attendees arrived to see the conference hall decorated as a metropolis, and they were they super heroes of that city. Comic book super heroes were scattered throughout the room, each one with their very own leadership trait. The conference was called to order by Regional President, Kenna Lewis and quickly after the Regional Officer team revealed the theme, “Truth, Justice, and the South Coast Way!” Each Sectional Officer had a chance to think about what leadership trait on the wall they wanted to focus on during their term as leaders. Each session was packed full of ways for the members to learn how to become better leaders. San Luis Obispo Section President, Elizabeth Schmidt said it best when she said "SOLC not only gave me an opportunity to bond with my sectional team, but also allowed for thorough self analysis and growth. I really took advantage of this opportunity to improve myself, and am very thankful I was able to attend such a well organized conference!" Towards the end of the first night teams began to grow more as a team. Kaylee Bohn, Monterey Bay Section Treasurer, stated “This year the regional officers did an amazing job at bringing everyone together to really make it feel like a family. My team bonded closer and we found our strengths and weakness but now we have the tools to take anything on.” The first night ended with a comical lip sync provided by the Santa Barbara Sectional Officer Team with a dance that followed. Los Angeles Section Reporter Samichya Rijal said, “My favorite part about the conference was the room visits” and she wasn’t alone. After the dance the Regional Leaders got the chance to meet with each sectional team for room visits. They were able to connect with the members on a more personal level. Kellie Mancino, Santa Clara Section Vice President agreed when she said, “This year’s Regional team really connected with the Section Leaders and took time to spend with us and talk to us one on one.”

By the end of the sixth session on the second day, the members walked out of the conference hall not as Sectional Officers, but rather Sectional Leaders. After six sessions of workshops, team building activities, meeting new people, discovering hidden talents, and deep thinking, those who attended the conference as well as those who put it on, left with smiles on their faces and an excitement to help lead others into success!